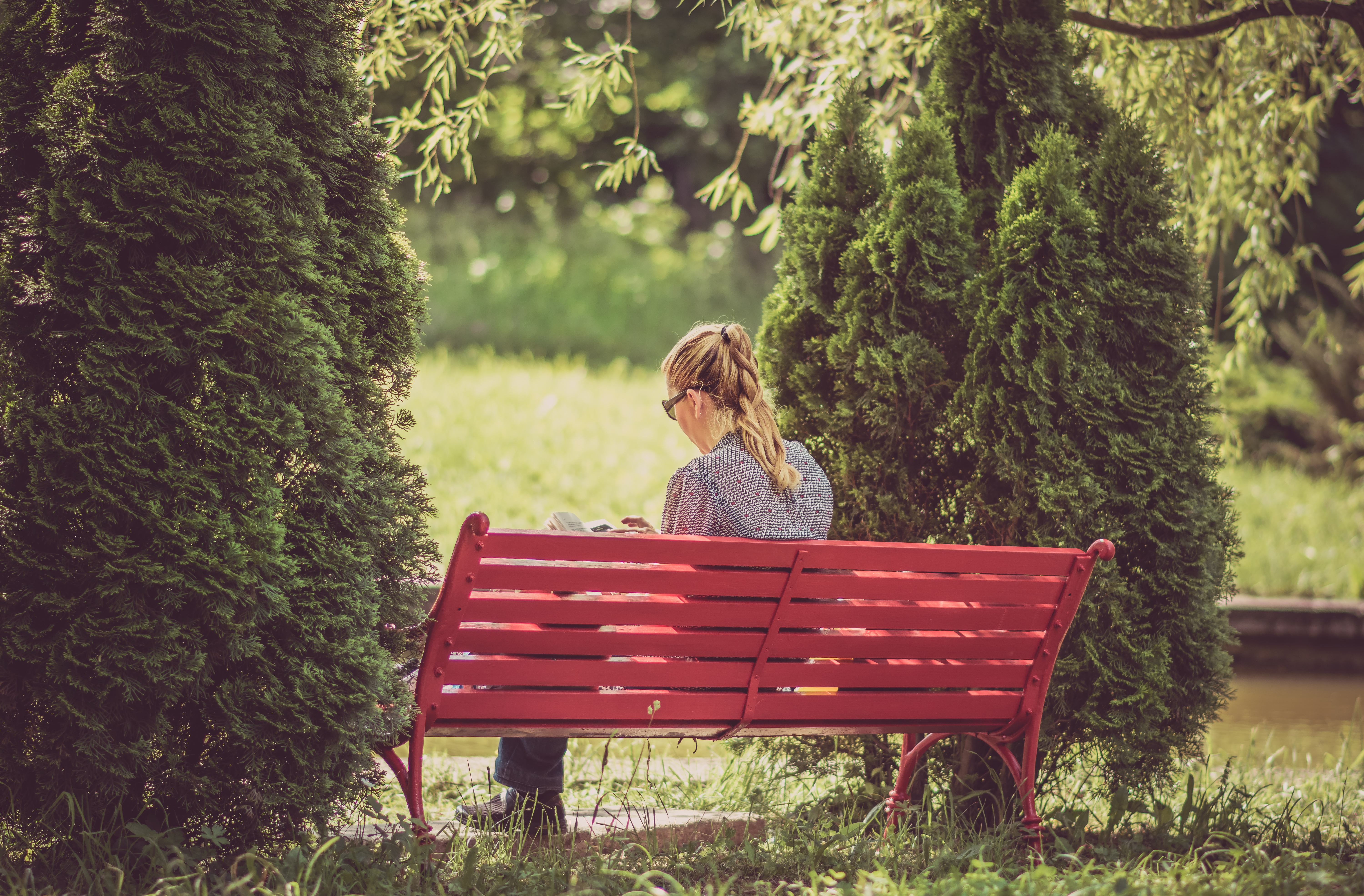 “The number one growing demographic of at-risk kids are teens who come from upper-middle class homes. Why? The more resources they have, the less resourceful they become. Possessions without perspective can lead to real trouble. If I were to do the parenting thing over, I would reward less and rewind more. Instead of giving them all this stuff, I would take the time to debrief experiences and offer perspective on them. Less ribbons and more reality… offered with tender, loving care.”

Tim Elmore, Five Changes I’d Make if I Could Parent Over Again

I had a funny conversation with an 11-year-old girl.

In talking about parenting and children, she matter-of-factly told me, “My dad was really spoiled growing up, and he says he’s not doing that to us because that’s not how the real world works.”

I wanted to high-five this kid and her parents, who clearly have explained why they won’t overindulge her despite having the means to do so. This is an uncommon mentality, and one that deserves attention.

Why? Because we live in age of affluence. We are raising kids in a competitive culture with more upper-middle class families who enjoy higher standards of living and more disposable income than previous generations. For many families, the pressing question is not “How will we put food on the table?” but rather “How many coaches does Scout need to make the team?” or “Where should we go for Spring Break?”

It’s a different world shaping today’s youth, and finding the right balance between giving and holding back isn’t always clear.

An uber-wealthy woman whose kids are now grown decided early on to not spoil her kids. Her reasoning was this: Do you know what happens to a tomato when it’s spoils? It rots on the inside. That’s what happens when you spoil your children.

I think she was onto something.

Dr. Madeline Levine is a psychologist who has treated unhappy teens for over 30 years. In the early 2000s, she started noticing a new breed of patients.

Traditionally her teen patients looked trouble – they had bad grades, volatile relationships, risky behavior, and terrified parents bringing them to therapy – but these new patients were smart, proficient, and outwardly impressive. They came from good homes, and there was little urgency when parents brought them in…just a sense that they seemed unhappy or withdrawn.

What Levine soon recognized was a trend spanning the country: children of privilege seeing psychologists in record numbers for emotional distress. Their successful lives masked major impairments because externally they seemed fine – but internally they felt empty.

Levine explored this epidemic in her bestselling book The Price of Privilege: How Parental Pressure and Material Advantage Are Creating a Generation of Disconnected and Unhappy Kids. “The kids I see are given all kinds of material advantages,” she writes, “yet feel that they have nothing genuine to anchor their lives to. They lack spontaneity, creativity, enthusiasm, and most disturbingly, the capacity for pleasure.”

Levine says large numbers of American children lead lives of privilege unimagined in many place. Even kids from modest incomes enjoy high levels of privilege that include televisions, computers, video games, and cell phones. While many of her patients live in lavish homes, their internal homes are impoverished. They’ve had teachers, coaches, and parents pour enormous amounts of attention and resources into them, yet the more the adults pour out, the emptier the kids feel.

Indulged, pressured, and micromanaged on the outside, they fail to develop an inside. Expected to perform at unrealistically high levels, and overly dependent on the opinions of others, they get off-course from their real job of figuring out their authentic talents, skills, and interests.

Research shows the most advantaged kids in America experiencing unprecedented levels of mental illness and emotional distress, as well as the highest rates of depression, substance abuse, and anxiety disorders. The culprit, according to Levine, isn’t money itself but the culture of affluence created by money. It’s a culture that embraces materialism, overemphasizes competition, prioritizes performance over learning, and focuses so heavily on appearances that kids often become externally motivated rather than internally driven.

Many parents in affluent communities sense that something is wrong with the value system and the focus on “more”, but they stay silent. They lose sight of the fact that they have a choice and the power to help create the community they want. Levine suggests parents find new ways to express love and concern, trading in fears of failure for faith in their children’s innate strengths and prioritizing the joys of today over anxiety about the future.

Instead of throwing money or products at kids, parents can invest time, energy and wisdom in conversation. We can remember how telling children “no” helps produce mature adults able to set boundaries for themselves. We can encourage the growth of their inner life and let our kids face trials that help build the skills they need to face future challenges.

“Parents pressure their children to be outstanding,” Levine points out, “while neglecting the very process by which outstanding children are formed.”

The Value of “Desirable Difficulties”

Life struggles are normal, yet in affluent communities, Levine says kids are often so protected from the most minor disappointments and frustrations they don’t develop critical coping skills. They aren’t given the opportunity to dig deep and build resilience.

Malcolm Gladwell, in his bestselling book David and Goliath: Misfits, Underdogs, and the Art of Battling Giants, uses the term “desirable difficulties” to explain how underdogs come to excel. His book explores the premise of how being an underdog and facing huge obstacles can change people in ways we often fail to appreciate.

In one story, Gladwell speaks with a powerful man in Hollywood. His father was shaped by the depression, so as a child, if this Hollywood man wanted new shoes or a bike, he had to pay half. By age 11, this man had $600 in the bank, and after working in his father’s scrap metal business one summer – a dirty, exhausting, boring job – his ambition amplified.

Looking back, this man credits his success to learning the hard way about the value of money, the meaning of work, and the joy and fulfillment of making your own way in the world. Because of his wealth, however, it’d be hard for his children to learn the same lessons. He realized the giant contradiction of wanting to give his children more than he had as a child.

Gladwell says it’s hard to be a good parent if you have too little money (obviously). But only to a certain point does money make parenting easier. According to researchers who study happiness, money stops making people happier at a family income around $75,000. After that, diminishing returns sets in. And when income gets high enough, parenting gets harder again.

Money that comes easily is easily lost – which is why so many cultures have a proverb to describe the difficulty of raising kids in an atmosphere of wealth. In English the saying is Shirtsleeves to shirtsleeves in three generations. In family businesses, the saying is 3rd generation ruins.

Among many upper-middle class kids today, I believe we see a 3rd generation mentality. While their parents (the 2nd generation) had parents or grandparents who were shaped by the Depression or economic hardship, today’s kids only know prosperity. Materialism is so prevalent, and advertising so invasive, that they’re constantly bombarded with messages of more, more, more.

Yet they more they receive, the emptier they feel.

What Can Fill the Emptiness?

A father of three kids told me he realized years ago that he could earn about $50,000 more a year by getting a few more clients.

He’s opted not to do this because he’d rather spend the time with his kids while they’re still at home.

His story is a reminder that we parents have a choice. We can set boundaries that respect our values. While it certainly takes money to raise kids, money can’t buy the things a child (and adult) needs most, like relationships, values, character, mental health, perspective, and faith.

Americans start life far wealthier than half the world’s population living in extreme poverty. Yet many of our 3rd world neighbors possess a wealth we don’t have. They are materially poor but spiritually rich due to a deep dependence on God. In comparison, we are often materially rich but spiritually poor because we feel self-sufficient. We don’t know the intimacy with God that comes from desperation and total trust.

The emptiness we all feel – at some point – is a void only God can fill. He created us for heaven and put a God-shaped hole in our soul that drives our craving for Him. When we stuff earthly pleasures in our hole (like possessions or success) it eventually re-opens. It keeps us in pursuit of temporary fixes that never satisfy for long.

Is money hurting today’s kids? In some cases, yes. In other cases, no. It depends on a family’s response to the quiet threats of an affluent culture. The biggest challenge, I believe, is how to keep God first in a world with loud distractions. How to wisely steward our blessings and nourish our internal homes so they don’t become spoiled, impoverished, or empty.

Many American parents wrestle with a desire to give our kids everything – and a fear we’re giving too much. None of us are strong enough or smart enough to find our way alone, and that’s we need God’s help. We need the likes of Saint Paul, who shares his secret to contentment:

I have learned the secret of being content in any and every situation,

whether well fed or hungry, whether living in plenty or in want.

I can do all this through him who gives me strength.

Ultimately, our money belongs to God. It’s ours temporarily to do good for Him. By understanding its purpose, and staying unaffected whether we have a little or a lot, we discover our worth doesn’t depend upon bank accounts or belongings. We matter because we’re His, and though the world may tell us differently, the world has a lot to learn.

Today’s kids enjoy advantages we didn’t have but face pressures we didn’t face. And when I consider what they’re up against, the insane expectations and message that they’re never enough, my heart goes out to them. It’s easy to note our kids’ physical health, but now, more than ever, we must care deeply about their inner health as well, loving them from the inside out.

God created our kids for great things, and by helping them cultivate an inside, we unlock that potential. We encourage the positive, authentic growth that leads to purpose, passion, and action. My hope for every child that they develop this inner treasury, discovering along the way how the wealth they possess inside is more valuable than any wealth this world can offer.

I’ve also written books for teen girls, 10 Ultimate Truths Girls Should Know and Liked, used widely across the U.S. for small group studies. To keep up with future posts, subscribe to this blog or join me on Facebook, Instagram, and the Girl Mom podcast