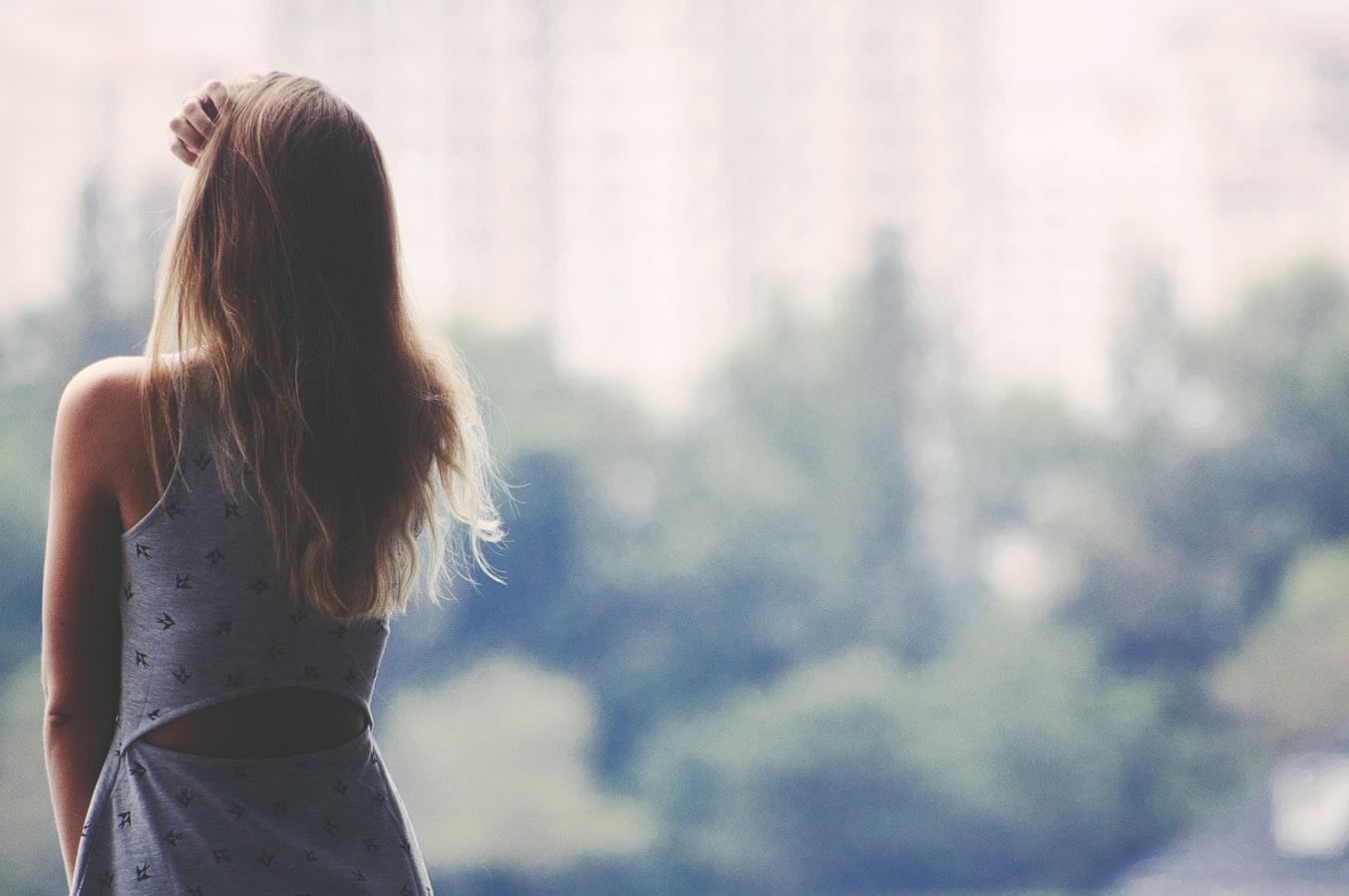 Great attention is paid these days to the subject of “mean girls”. For moms raising daughters, it’s a hot topic, something that adults can, understandably, get fired up about.

People talk as if girls have the monopoly on being mean, but I hear stories about boys that are worse than mean girl saga. What we have is not a gender issue, but a societal issue. In short, we live in a mean age. We have a culture shaping our children that is darker, more narcissistic, and less empathetic than the culture that shaped us.

Our children also see terrible role models in adults. My husband’s uncle, a successful businessman, always had a philosophy that “the fish stinks from the head down,” and when you see a lack of character in a company’s culture, you can safely assume the leaders lack character too. The problem starts at the top and trickles down.

Likewise, when you live in a world where grown-ups openly bash and bully each other, it logically follows that children will too.

So as we talk about mean girls, we need humility and rationale. No human is 100% good or 100% bad, and none of us are the hero in every situation. We all have sinful natures and redeeming qualities, and as we keep this in mind, it prevents us from turning every mean girl into a caricature villain like you’d see in a cartoon.

At the same time, the hurt that mean girls inflict is real, and as mothers, we’ve met our fair share of mean girls and mean women. We know to safeguard our hearts, but when a mean girl targets our daughters, it pains and worries us in entirely new ways.

So how do you discuss this subject? How do you help your daughter view hurtful people through a healthy lens? We all have room to improve, and we all can do our part to bring kindness back. Here are 10 talking points to help your daughter understand mean people and avoid any urge to act like one herself.

#1: Girls act mean because it gives them a sense of power and importance. T.S. Eliot said, “Half the harm that is done in this world is due to people who want to feel important. They don’t mean to do harm – but the harm does not interest them. Or they do not see it, or they justify it because they are absorbed in the endless struggle to think well of themselves.”

The opposite of love, according to Pope John Paul II, is not hate, but rather, using people. Treating people like things and things like people. While some girls intentionally act mean, many girls don’t realize how much hurt they’ve caused. They have no idea, until it happens to them, how painful words and actions can be. The reason why many girls act mean is because they’re looking out for themselves and microscopically focused on their life They are on a power trip driven by motives, self-focus, or a sense of superiority.

#2: Most people are decent and want to do the right thing. But in any environment, you’ll have bad apples. You’ll have people who can mistreat others and not feel guilty because their conscience is numb and they don’t have God in their heart. Since God is love, it’s impossible to love apart from Him.

A former high school principal used to tell his children: It only takes one bad apple to spoil the bunch. In short, it only takes 1 truly mean person – a ringleader – to turn a good thing around and ruin an environment for everyone.

A ringleader mean girl expects blind obedience, and to stay in her graces, her followers must do what she says. So when a group of girls gang up on an individual, it’s usually the ringleader who made the call. With a command like “Let’s leave her out” she can get everyone on board, often because her followers are too scared or insecure to challenge her for fear of losing status or belonging in a group.

Sadly, targeting and uniting against 1 person is bonding for a group. It creates a common enemy or goal. Girls often treat this like fun and games, and only when they get targeted do they realize what this does to the victim.

Most kids and teens can’t think beyond 5 years into the future, so give your daughter a long-term perspective. Remind her how her classmates will always remember the way she treats them. 30 years from now, when her name comes up in conversation, they’ll either remember her with a smile on their face or a pit in their stomach. They’ll either be so glad they knew her – or so glad they never have to see her again.

#3: Some mean girls will change. They’ll grow up and realize how awful they were. They’ll feel deep remorse and wish they could erase the pain they caused. They may even ask their victims to forgive them, calling them up to apologize

While this doesn’t ease any pain today, it’s good to keep in mind. It’s also good to remember that some apologies will never come, and your daughter can’t hold her breath waiting for them to arrive.

Some mean girls will never change. They’ll never admit their mistakes. Instead, they’ll grow up, get married, raise mean daughters and sons, and become one big, mean terrorizing family. It’s sad when the cycle repeats itself, but it happens. While some people soften with age, others get more hardened, and it’s best to keep a safe distance.

#4: Mean girls get what they have coming. Your daughter doesn’t have to beat any mean girl at her own game because heartless people dig their own graves. They bring on their own demise.

Give it time, and people will gain the confidence to stand up to mean girls or quit giving them attention. Many followers will leave their ship as they get burned and seek real friends. Sooner or later, a mean girl’s behavior will catch up with her as she makes the wrong person mad. She’ll get what she deserves, and your daughter will find peace in knowing she had nothing to do with it.

#5: You can’t throw dirt on anyone without getting dirt on yourself. Girls become mean by hanging with a mean crowd. If your daughter thinks that she can hang around mean girls and not have them rub off, she’s fooling herself. She won’t elevate them to her standards; instead, they’ll drag her down to theirs.

While friends should laugh and have fun, what your daughter and her friends laugh about and bond over matters. Friendships that center around gossip, making fun of people, starting rumors, hating people, or blind obedience aren’t real friendships. They don’t last, and if they do, your daughter will constantly feel like she can’t leave the room for fear of being talked about. Real friends help your daughter become the best version of herself. They help her feel good – not by throwing dirt, but by building her up.

#6: What comes out of a mean girl’s mouth reflects her heart. How she talks to others is how she talks to herself. Imagine living with negativity and a critical spirit. Imagine being stuck in a mental prison, 24/7, with no easy escape.

It is impossible to act mean and feel good because God designed us in His image. We’re made to reflect His goodness, and when we don’t, it stirs up discontent. A mean girl’s mind is a terrible place to be, and as your daughter imagines the thoughts and insecurities she probably wrestles with, she’ll start to understand why the hardest people to love are the ones who need love most.

#7: Mean girls can make you bitter or better. Hurt people hurt people, and when your daughter gets targeted, she has a choice. She can let that hurt harden her, making her the kind of girl who dumps her pain on others, or soften her. Some of the kindest souls on this planet became kind because they were hurt, and they made a promise to never treat anyone the way they were treated.

The worst people offer the best example of how not to act, so help your daughter learn from their mistakes. Remind her how she can’t force anyone else to be kind, but she can hold herself to that standard, and in doing so, she’ll find peace, freedom, and intimacy with God.

#8: Instead of hating mean girls, pray for them. Ask God to soften their hearts and open their eyes. Through Christ all things are possible, and history and Scripture have stories to prove it.

In Saint Paul, we see the ultimate transformation, because Paul was a zealous murderer of Christians until God opened his eyes to the evil He was doing and brought him to his knees in remorse. Once Paul had a change of heart, he became unstoppable in spreading the Gospel and talking about the mercy he’d experienced firsthand. The fact that God used Paul, the most obvious sinner, to write more than half the New Testament reminds us that nobody is beyond redemption.

No matter what happened in the past, the future can be different, so have your daughter pray for God to work in the heart of hurtful people. Remind her that God hears her prayers, and though He may not answer them the way she hopes, He will work all things together for good for those who love Him.

#10. Have faith in humanity, despite the bad apples you meet. Girls often give up on friendship – or write off girls completely – after having mean girl experiences. This is a mistake, because in every season, we need real friends, real love, and real connection.

When your daughter gets hurt or blindsided, help her stay strong, be patient, and do the right thing. Remind her that God rewards faithfulness, and as she works on being a good friend and growing her relationship with Him, He’ll bring girls into her life she can count on and trust.

In summary, we’ve all acted mean out of ignorance or arrogance. While it’s tempting to point fingers and talk about mean girls as if we’ve never been guilty, we’re constantly invited to jump into mean conversations. It takes strength, courage, and help from God to not cave.

It also takes strength, courage, and help from God to apologize when we are wrong.

Clearly, some mean girl behavior is more devastating than others. The pain is real, and when your daughter faces it, she needs extra love, compassion, and support. She also needs the hope the Christ – for He is the one who heals broken hearts, changes hearts of stone, inspires transformation, and uses for good what humans intend for harm.

Our world has grown increasingly cruel, but we can rise above this trend. We can channel our energy into positive relationships, conversations, and passions. We can wish the best for people and trust God with the future. Most of all, we can focus on things with eternal value and infuse good into a world that desperately needs more kindness, love, and heartfelt connection.

Thanks for reading this message. Please share it on social media, or click over to the Girl Mom podcast to listen to it audibly.

My new book Love Her Well: 10 Ways to Find Joy and Connection with Your Teenage Daughter is now available, and it’s getting a fantastic response. You can find it everywhere books are sold, including Amazon and Audible. What a privilege it’s been to narrate my first book for moms!

My two books for teen girls, 10 Ultimate Truths Girls Should Know and Liked, have been used widely across the U.S. for group studies. For more posts, subscribe to this blog or join me on Facebook, Instagram and the Girl Mom podcast.

3 responses to “Talking to Your Daughter about “Mean Girls””