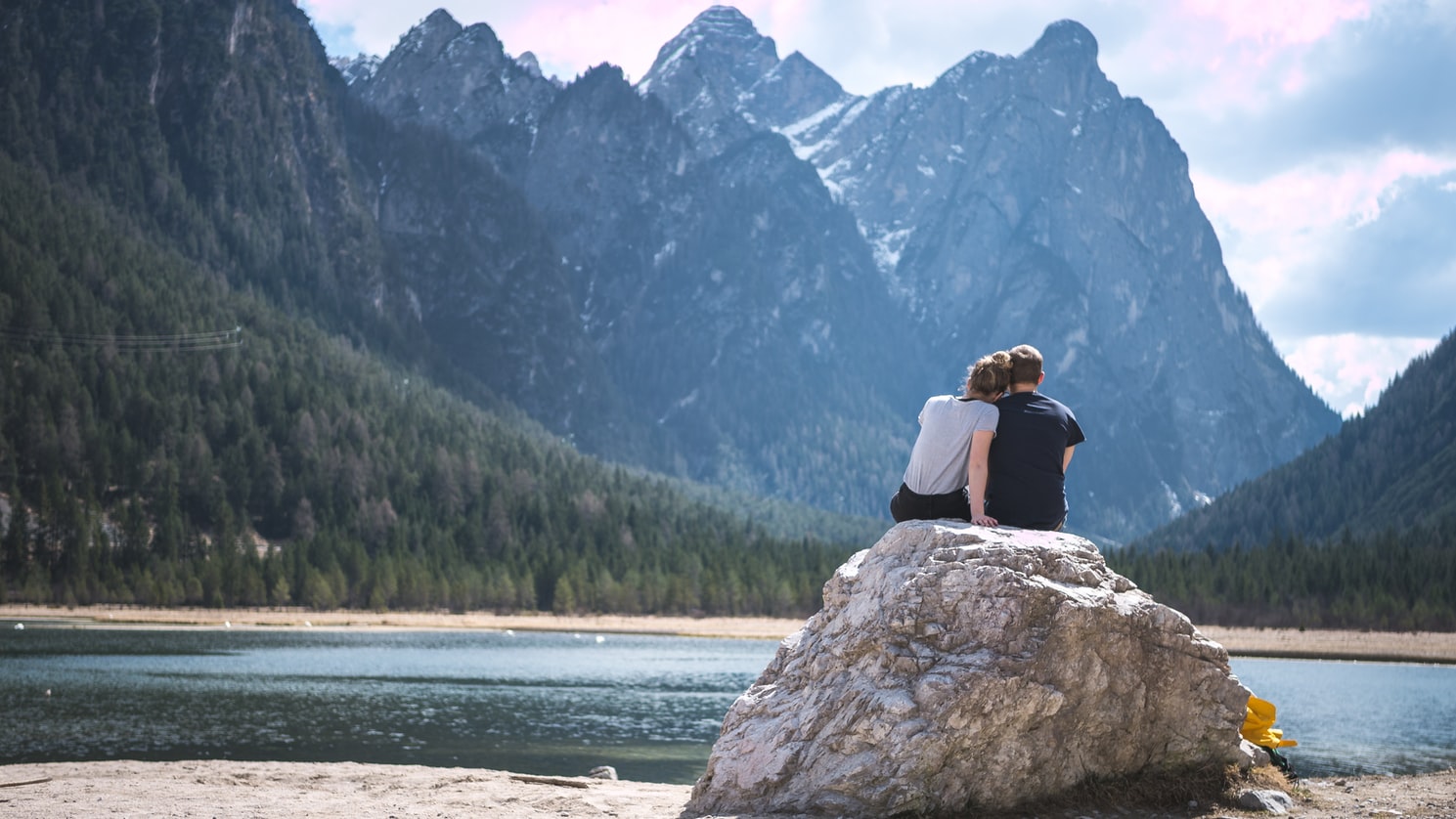 Over time I’ve come to notice that when teen girls discuss teen boys, they group them into 3 categories:

When it comes to category 3, the quiet boys, girls quickly move on to the next topic of conversation. They don’t see the potential or consider the possibility that one day, those quiet boys may blossom and prove to be something special. All they know is what they see today…and based on that, a friendship or future relationship seems highly unlikely.

And that is why I’ve started to tell girls: Don’t discount the quiet boys. Don’t give up on them this early. Some of the best men and dads you know were once the quiet boys in school.

Oftentimes, that someone was a girl. A girl who recognized the diamond in the rough, gave them a chance, and brought out a new side that nobody knew existed.

In high school I went on a date with a guy who barely spoke. It worked out okay because it was a double date with my best friend, and we carried the conversation all night by being silly and obnoxious.

A while later, he began to date another friend of mine – an extrovert with a big personality. They hit it off and fell head over heels for each other, and the relationship transformed him. He became more outgoing and confident. He started to carry himself differently, smile more, and let his personality show.

It was then that girls realized what a catch he was – largely because of the way he treated my friend. He was a terrific boyfriend, and he adored her in a way that every girl hopes to be adored.

Sometimes the most obvious person to like isn’t the best person to like. Particularly in the teen years – where appearances are king and everyone is drawn to the same people, those boys and girls who are the most beautiful, charming, extroverted, and widely known – the best catches may fly under the radar. The best catches are often developing their potential and waiting to be noticed by someone who can look past the surface and the superficial measures that don’t reflect the heart.

Recently I spoke to a small group of high school girls, and when I asked what they wanted to discuss, they said boys. Two things I emphasized to them were 1) the importance of approaching boys as potential friends, not potential boyfriends, because friendship is crucial in marriage, and learning early how to be friends with the opposite sex is a skill that will help them long-term, and 2) the importance of choosing good guys.

More important than how a guy looks or how impressive he appears is how he treats a girl, how he makes a girl feel, and whether he has her back. The hallmark of any healthy relationship is helping each other grow, and when a guy is good for a girl, he’ll enrich her life, bring out her best, and leave her in a better place than when they first met.

We live in a world that values show over substance, and for teenagers finding their way, it’s easy to jump on the bandwagon of the latest and greatest attractions. It’s tempting to let first impressions and perfect presentations drive relationship choices. But the truth is, people can be a lot like storefront window displays. What catches your attention externally doesn’t always match what you find internally.

As any good shopper knows, the stores that grab your attention first are the ones with the arresting displays. Sometimes as you walk in, however, the store is a disappointment. The best stuff is all in the front window, and the rest of the store feels empty. You’re ready to move on because the thrill has come and gone.

Then there are stores that surprise you – they’re less catchy on the outside, but the inside blows you away. They surpass your expectations and emit an undeniable warmth that makes you want to stay.

I believe the best people in life, guys and girls, are like the stores that pleasantly surprise you. The interior outshines the exterior. And while this can certainly hold true for extroverts – and anyone with a great exterior – it is often the story of quiet types, who may possess many internal qualities that aren’t readily apparent. And when they have that inner depth and warmth, it’s worth keeping the door open.

Teenagers are constantly evolving, and they all have some growing up to do. And as I hear the frustrated sighs of girls describing the boys they know and the slim pickings of that pool, I’ll kindly remind them to give it time and keep perspective. Use their current season of life to invest in friendships, grow in faith, and pursue their passions. As they become who they’re meant to be, they’ll attract who they’re meant to attract.

Sometimes the best guys need room to grow and time to emerge. Sometimes they fly beneath the radar before anyone takes notice. With help from the right influences – like a special girl who sees that potential – they may prove to be something special, a diamond in the rough that has yet to be revealed.

Thanks for reading this message. If you enjoyed it, please share it on social media.

My new book Love Her Well: 10 Ways to Find Joy and Connection with Your Teenage Daughter is getting a fantastic response as moms read it and tell all their girl mom friends to buy it. 2020 has challenged families, and this book is packed with advice to help you connect with your teen. You can find it everywhere books are sold, including Amazon and Audible (where I narrate the book!)

My two books for teen girls, 10 Ultimate Truths Girls Should Know and Liked, have been used widely across the U.S. for studies. For more, subscribe to this blog or join me on Facebook, Instagram and the Girl Mom podcast.